All month long, I will be highlighting a RWISA author and one of his/her new works. RWISA is an international society of excellent writers, and I encourage you to get to know more about them. Today, I will be sharing "Solace" by Linda Mims. She has a great way of drawing you into her stories. Enjoy! 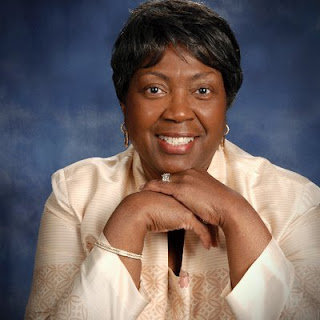 Eighteen precocious kindergartners stared as Carly walked into the colorfully decorated classroom. Carly hoped her smile was more reassuring than she felt. Was this a mistake? She spotted two six-year-olds who'd been in her charge on the first field trip she’d chaperoned. They gave her a friendly wave, and a true smile parted Carly’s pursed lips and lightened her heart.

Ms. Jones, the principal, asked all of the children to file around and shake hands with Carly, but some of them hugged her around the waist and Carly bent to embrace them. The huggers stared up at her and quickly turned away unsure how to behave.

After Carly shook hands and hugged them, she asked their new teacher’s permission to lead them to the circle in the back of the room. She’d read that schools were frowning on seating students on the floor, but their former teacher, Miss Mason, had valued the practice.

Miss Mason sat smack dab in the middle of “her kids” and shared her own childhood or read to them from her favorite stories.

So, hovering above the painted line, Carly squatted until she dropped. Sitting crossed-legged wasn’t as comfortable or as easy for Carly as the children made it appear. She smiled as they sank to the floor on legs like rubber bands.

The children sat on the painted circle touching their neighbors with legs, arms, or elbows. There was no jostling or whining from anyone about invasion of space. They needed to connect in this strange time, so it was okay for someone to sit too close.

Two little ones, seated across from Carly, couldn’t stop sniffling, so she held out her arms, and they came over. She pulled them down on either side of her and nuzzled them there. She wanted to join in. Be as free and uninhibited as they, but she held her feelings in check.

The children bowed their heads, but a few raised their eyes to cast envious glances at the two burrowed beneath Carly's arms. She smiled around the room, looking for the ones Miss Mason had told her about. Johnnie, who was the biggest discipline challenge. Grown-ish Jenny of the fresh mouth and Einstein mind.

Carly recognized little unkempt Anna who caused Miss Mason enough anxiety to refer her family to DCFS. Diana Mason loved these children, and they loved her. The students spent more time with Carly’s daughter than with their own parents.

“Listen and I’ll tell you about the day little Ms. Mason broke the rules and made cookies for herself and her little sister,” Carly said.  “When her father and I were away from home, she wasn’t supposed to fool with the stove, but you guys know how feisty Ms. Mason can be.”

“She was a mischievous little girl,” Carly said with exaggerated feeling.

One of the little ones giggled and hurriedly stifled it when the others swiveled their heads to stare at her, disapprovingly.

“Children,” Carly said. “Ms. Mason would want you guys to smile as you remember her. She’d want you to remember the stories I’m about to tell you and think of her with love.”

Joe Mason waited outside the old brick building where, four years ago, his daughter and some of her colleagues had started their own small school. His wife was inside visiting his daughter’s kindergarten class, but Joe remained in the car.

He hadn’t agreed with Carly that this was a good idea. His family had spent a crushing two days grieving Diana’s sudden death and just when—maybe—the weight was easing, his wife sprung up.

“I’m sure someone has told them,” he assured her, but Carly wouldn’t be comforted.

“They’re five and six years old, Joe. They don’t understand death. Can you imagine the confusion and anguish for those children? I have to go,” Carly said.
“They need to hear from me and know that it will be all right.”

She had made up her mind and Joe didn’t try to talk her out of it. Perhaps she needed this, too. He, on the other hand, couldn’t bring himself to think about Diana without feeling guilty. There was no peace for him as he shouldered the weight of his daughter’s death.

The night Diana died alone in her room, Joe had convinced himself that he’d heard her knocking for help. He’d been dreaming and in the dream, Diana had knocked on the front door. He was upstairs, and he wondered why Carly didn’t go to the door and let their daughter in.

She knocked in random succession maybe three times, but when Joe woke, he heard nothing. He lay there for a long while listening and wondering if someone had been knocking on the door for real.

It was 1:45 a.m. and outside, the sounds of jazz music told him his neighbor Jimmy was in his parked van, again.

Jimmy did that after a spat with his wife, Vanessa. That’s what the knocking had been. A radio commercial. Satisfied, Joe turned over and went back to sleep. It never occurred to him to wake Carly or to go check on Diana. If he had, his daughter could have gotten help, and she’d still be alive.

Joe couldn’t tell anyone. Carly and Diana were more than mother and daughter. They were best friends. Carly would never forgive him for, if nothing else, letting her remain asleep. God! The pain of losing Diana, compounded by his guilt, was eating Joe alive.

Inside, Carly carried her own guilt. Diana had been working herself to the bone raising money to keep the school afloat. More than just exist, Diana and her colleagues wanted the school to make a huge impact on the lives of their students and their families.

Diana wasn’t sleeping. She was losing weight, and more than a few times, Carly argued with her about taking care of herself.

“If you don’t take care of your own health, you won’t be any damned good to your students!”

“I do, mom. I think about my heart all the time. School is the only thing that prevents me from thinking about my heart. Can you give me a break? And don’t go to Dad with your suspicions.”

So, Carly gave her a break and she didn’t tell Joe that she suspected Carly was sicker than she was letting on.

“You smell like her,” said a little one who'd scooted over and was hugging Carly from behind.

“Let me smell,” said another, peeling his classmate’s arms from around Carly and nudging the child over to squeeze in.

“I wanna smell,” cried a young girl who had stopped twirling her hair around her finger and now stood.

Soon they clustered around Carly, talking and gesturing. Their little voices serious as they shared stories of the times Ms. Mason had been kind, or funny, or very, very stern. Their beautiful faces weren’t so sad now and they made Carly laugh. An hour passed and the pall over the room lifted.

Outside, the breeze blew leaves from the young trees Diana had planted across the grounds. Joe trained his eye on a leaf that floated across his windshield on the gentle breeze. Instead of drifting along, the green leaf frolicked and rolled on the air in front of him.

He’d never paid attention to leaves, and he wondered that this one seemed determined to hang right there, tumbling and playing in front of him. While Joe watched, the leaf floated down and lay on the hood as though spent. Then, to Joe’s amusement, it blew flat against his window and stuck there for a few moments.

The leaf stood on its stem and Joe bent to see it flutter across the car and brush Carly’s face just as she opened the passenger door. Carly started, then laughed and touched her face. Smiling, without even knowing why, they watched the little leaf fly off over the building and out of sight.