Good morning, beautiful readers! I am honored to share with you that I will be the guest author on today's episode of "Buy the Book". Below is the official invitation. I would love for you all to join me if you have the time.  For those of us living in the EST zone, it will be at 1pm. :-)

We'd like to invite you to join us today, February 17, at 12pm CT on RAVE WAVES for another edition of "BUY THE BOOK" with host, Beem Weeks. Today, Beem is being joined by Guest Author, Yvette Calleiro, Author of THE ONE DISCOVERED.
RRBC is such a close-knit community of authors and readers, and these interviews give us even more insight into the people we interact with daily on social media. You never know what you might learn or who you might meet when you tune in to one of the RAVE WAVES shows.
Here is the direct link into the studio where the show will begin promptly at 12pm CT. We ask that you join in the discussion by following along on Twitter using the hashtag #RRBCBuyTheBook and also adding the #RRBC hashtag to your tweet (if you have room), so that our entire community can join you as well. If you're not familiar with following along with a conversation on Twitter, simply enter the #RRBCBuyTheBook hashtag into the Twitter 'SEARCH' box, found in the upper right hand corner of your Twitter page. Once you get to that hashtag's location, click the 'LATEST' button to follow along with the conversation. If you'd like to comment or ask questions of the guest or host (which we hope you'll do), simply click the TWEET button, located next to your image/logo/gravatar, etc.


Today's segment of "BUY THE BOOK" is being sponsored by HOME AT LAST, authored by Jan Sikes.
Posted by Yvette M Calleiro at 10:59 AM 4 comments: 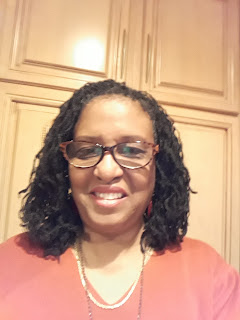 Please join me in welcoming Shirley Harris Slaughter to my blog! Shirley's book, Our Lady of Victory: The Saga of an African American Catholic Community, was chosen to be highlighted this month as part of the Rave Reviews Book Club's 2018 Causes Calendar. 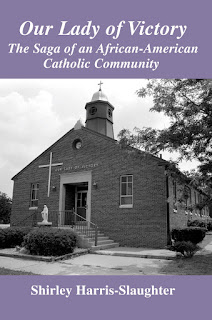 Shirley Harris-Slaughter’s first book, Our Lady of Victory, the Saga of an African American Catholic Community is a natural progression from her evolution as a preservationist. In 1992, she spearheaded a campaign to restore the old train station (Michigan Central Depot) in downtown . That is when she learned she had a passion for saving old buildings and preserving history. She wrote a blueprint plan, galvanized her community into action, and received lots of local publicity for her efforts. She presented her preservation plan (her thesis) to the dean of Clearly University where she earned her BBA. That plan has become a permanent record there.

“Why did Harris-Slaughter write this book?

"I felt compelled because being passionate about history, it became alarming to me that my church and school had closed and there was nothing left of its history to share with the new generation. There are so many church and school closings going on in , and I thought this is a good time to educate people to a church that was doing well before its demise. The school was just torn down in October of 2008 so it was imperative to record its history."

Harris-Slaughter’s most recent position was as a business manager at Our Lady of Good Counsel, Detroit where she believes she was inspired to write her community’s story. She retired in 2005 and took up her passion full time. Slaughter was employed for 13 years at the Detroit Free Press and has served on the Oak Park School Board. She mentored freshman girls in the Winning Futures program. She is married to Langston and continues to be active in her Oak Park community.

Here is a little bit more about the book:


One act set in motion a chain of events that threatened one Catholic community's ability to thrive.

It happened between 1945 and 1946 at the headquarters of the Archdiocese of Detroit in the Chancellor's office. Msgr. John C. Ryan called an emergency meeting with the cardinal...
And so the stage was set for the years of turmoil that followed and the subsequent demise of this once vibrant church. Here comes the author who gives the reader an intimate look at her church, the township she grew up in, and its historical significance to World War II, Henry Ford's auto plant, migration from the south, and the housing crisis that was unfolding.

The reader is introduced to the pioneers of this West Eight Mile Community who helped shape and establish this community that shaped her. But the book takes a different turn as the research uncovers forgotten secrets...

Today (2014) this little church is in danger of closing its physical doors forever!! Stay tuned as this story continues to unfold.


I have read the book. I'm not one to read historical books because my brain tends to block out anything related to history (lol), but I can honestly say that this book held my interest from beginning to end.  If you would like to purchase a copy, here are the links:

Call 248-417-7192 for information on book signings, seminars and workshops, speaking engagements, genealogical groups, or submit an e-mail to: sharrislaughter@gmail.com

Would you like to know more about this amazing author? Read on!

*What books have you written?

Biography, History: Our Lady of Victory.
Self Help: Crazy! Hot! And Living On The Edge!!

*Where can readers connect with you?

*What do you love most about writing?

The power of the written word brings chills to my heart. Having the ability to influence the masses, and affect change gives you an incredible feeling.

*How did you decide to write Our Lady of Victory?

There was this nagging voice that kept after me to write it until I could no longer ignore it. There were several signs but the final straw occurred when I got the opportunity to work at a Catholic Church. I think we are put in places for a reason because I was able to see records that set me on the path to take on this huge project. So never ignore that voice because that is God or your sixth sense telling you that you must do this.

*What was the most valuable thing you learned through the process?
That if you wait for someone else to do it, you will be waiting in vain. You are the chosen one. Once you get that idea into your head you will do it.

*How hard is it to write about personal experiences and expose yourself to others?

It was extremely hard. Secrets that I had kept for years finally were released in my story in Part 1 “A Personal Perspective.” I sat at my computer and cried because I was able to release it at last and it was so emotional for me. Writing my second book was even worse and I fear that I was unfair to my readers because I didn’t tell the whole story. I still have not come to terms with that and maybe I’ll re-write it someday.

*What do you hope readers will take away from your books?

My readers are walking away with more knowledge than they ever had about the subject – Black Catholics. I hate using the term but there is no other way to describe history that is in danger of being lost forever.

I hope you have enjoyed getting to know a little bit more about Shirley! I've read both of her books and would recommend them. Thanks for visiting today, and feel free to share this post with your friends. After all, sharing is caring! ;-)