G'morning, beautiful readers! I have a special treat for you. Today, I am helping a fellow author promote her newest book, Fallout. I have read several books from Harmony Kent and have enjoyed every single one of them, so I have no doubt that Fallout is going to be amazing! So, please join me in welcoming Harmony Kent! 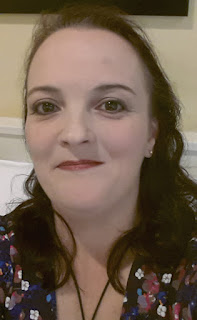 Hi, everyone. Harmony here. Many thanks to Yvi for hosting me today. I have a new book on pre-order called FALLOUT, which is a post-apocalyptic dystopia. This novel started out life by playing a little game. I sat and closed my eyes and imagined an empty room … in that room, a vial appeared. A dull orange plastic thing covered in scratches. It sloshed when I shook it. From that tiny beginning, the world of Exxon 1 and its deadly virus was born.

Who are the attackers?
What do they want?
Will Priya, Kaleb, and their companion survive this? 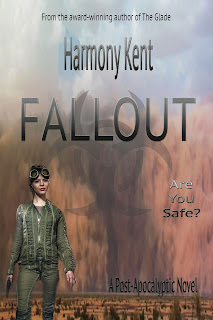 Here is the blurb for Fallout:

WHEN EVERYTHING FALLS APART, WHAT CAN YOU DO?

The location is Exxon 1, part of a six-planet system in settled space.

Determined to avoid the mistakes of old Earth, the surviving humans avoided democracy and opted, instead, for a non-elective totalitarian system.

A crazy, despotic president releases a nano-virus on the population.

No one was ready for the fallout. It came anyway.

In this post-apocalyptic world, can you stay safe?

Do I have your attention now? ;-) Check out this excerpt from the book:

Quite unconsciously, the three of them drew nearer together as they walked deeper into zone 5. The empty buildings had grown eyes. Unknown someones tracked their progress. As the sun burnt up the moon, blazing a new day, the air thickened and became heavy. Another storm was on the way. Priya’s tongue tingled while her eyes smarted at the anticipatory dread of the dust that would come with the gale.
They reached City Square. A hanging scaffold stood in the centre. Blood splatters stained the once pristine slabs surrounding it. Priya shuddered. Had they just made a big mistake? Which side had caused all the bloodshed? The rebels or the regime?
As if by telepathic agreement, all three drew to a stop at the edges of the square. There they stood, watching and waiting. For what, Priya had no idea. But they each anticipated something.
The ambush came from behind. From the narrow street that approached the central area. The trio had nowhere to go but into the big open space. Exposed.

If you are as excited as I am to read this book, you can order your copy here!

After spending around thirteen years as an ordained Buddhist monk, living in a Zen Buddhist temple, and six years after a life-changing injury following a surgical error, Harmony Kent returned to the world at the tender age of forty.
Now, she is famous for her laughter, and has made quite the name for herself … she’s also, um, a writer … and fairly well known for that too. She’s even won a few awards. Harmony lives in rural Cornwall with her ever-present sense of humour, adorable husband, and quirky neighbours.

Harmony is passionate about supporting her fellow authors.