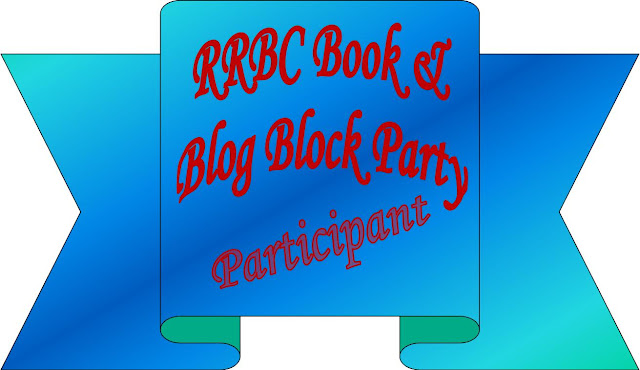 I'm SO excited that it's finally MY turn
to share my little blog!

Here’s What I’m Giving Away Today:

*Two Ebook Copies of The One Discovered
(The Chronicles of the Diasodz, Book 1)

*Two Ebook Copies of The One Enlightened
(The Chronicles of the Diasodz, Book 2)

*And one fabulous winner will win BOTH e-books! :-)

**If you win one of the books and you've already read it, I will gladly exchange it for one of the other books in the series.**

I'm SO excited to announce the winners of my RRBC Back-to-School Book & Blog Block Party!

Congratulations! I will be contacting you soon to find out which ebook version you prefer! Happy reading! :-)

For those of you who are just randomly visiting my site today, you are in for a great treat! I am part of the Rave Reviews Book Club's Back-to-School Book & Blog Block Party.  All month long, authors like me are sharing their blogs and giving away prizes to those who visit their sites and leave a comment.  I've actually already won TWO (yep, you read that correctly, TWO) prizes just for visiting other authors' blogs and leaving comments.

It's free! It's easy! It's fun! And most of all, you get to learn about new books and great authors! Check out the main web site to visit all of the other authors and their blogs: RRBC Block Party!

At the end of today's blog, you will be able to leave a comment.  Four random comments will be chosen and those winners will be announced on the web site above.  Good luck, everyone!

The Chronicles of the Diasodz

The idea of the Diasodz started as a dream.  Really.  It was a dream so intense that I woke up crying.  I had already written two books before this idea came to me (neither of those books have yet to be published).  It was so powerful a dream that I had to immediately write it down.  Throughout that day, I couldn't get it out of my head.  I became obsessed with wanting to know who the four characters (three boys and a girl) were and how they found themselves in such a traumatizing event.  I didn't know their names or their background or their purpose; all I knew was that I was obsessed with them.

I realized their relationship to one another first.  It started out as some kind of love triangle, but I quickly realized that they were not going to go down that road.  Their story was richer, stronger, and more intense.  Their story had history.  And that is when it hit me that they were supernatural beings.  They were created at almost the same time that God created humans, and their purpose was to heal and protect humans.  I finally had the what in the equation.  Now, I needed a name.  I am a HUGE fan of Greek mythology, so it only made sense to me to borrow Greek or Latin terms.  I looked up words that meant healing or protecting, and among the words that I found, I discovered dia-sodzo, which means to save and heal thoroughly.  And I knew that these beings were Diasodz.

Their history began to form in my mind then.  Let me first state that my absolute worst subject is history.  I have never been able to remember important dates or places or names attached to historical information, so I found it a bit ironic that I was now creating an entirely new twist on history for this series.  At this point, I knew that I had more than one book, and I was pretty certain that it would be more than a trilogy.  As I began to relearn my history of the beginning of mankind, I studied various stories, looking for one that would allow my Diasodz to seem as if they could be real.  The fall of Lucifer and the creation of Adam and Eve felt like the perfect fit, and once I accepted that, their entire history played out in my head.  Now, I had a part of my when.

The how was a little more complicated, and these details came in segments.  My Diasodz needed to live longer than regular human beings in order for my story to have the depth that it needed. So, I discovered that they lived their first eighteen years as a human in order to truly understand the trials and tribulations that humans have.  Somewhere around their 18th birthday, they experience their death day, a transition between being human and becoming a Diasodz.

The body goes through varying degrees of changes when a Diasodz transitions; the intensity of the changes depends on how many blessings the Goddess bestows upon them.  All of them become stronger than humans to varying degrees.  All of them live longer as well.  A Diasodz will age one year for every ten human years (it's called a life year, and I won't begin to tell you how frustrating it was to figure out everyone's ages...lol!).  All of them have some type of speck in their irises that distinguishes them as Diasodz.  Some Diasodz have tattoos which can be touched to provide the wearer of the tattoo with weapons to use.  Some Diasodz have powers that either control the mind or one of the elements of the world.  Others can heal with their touch.

Once upon a time they were more powerful, but I realized that my dream was all about them finding their savior.  And when I realized that, I knew there had to be a reason that they needed to be saved.  The Diasodz had turned their back on their purpose, and so their powers were fading.  Unless they could convince the girl to help them, they would all die.  My why was born.

The where came shortly afterwards.  I knew the story would take place on Earth, but my dream had them leaving to another world, a world very similar to ours but with "upgrades." ;-)  Again, I turned to Greek and Latin terms, looking for words that meant paradise or heavenly or sanctuary, and I found Caelestis or Caelum in Latin for heavenly and Hagios in Greek for sanctuary.  Thus, the world of Caelagios was created; it is their heavenly sanctuary when they must leave Earth for a while.

Through all of this, I still didn't have names for the four people who were in my dream.  The other characters were already forming and their names were coming to me, but not my main four.  My who was hiding from me until I came across a story on the internet about the Archangel Raphael and Tobias and then another one with the archangel and Sofia, and somehow, reading those stories just placed the final piece into my puzzle.  My characters were born! :-)

By now, I'm sure you've realized that my series is a young adult series that falls into the fantasy or paranormal genre.  If I've peaked your interest at all, you can read more about the books below as well as click on the links to be directed to their Amazon pages.

If you want to stay in touch with me to learn more about the upcoming books, you can follow me at @YvetteMCalleiro on Twitter or Yvette M Calleiro on Facebook, and you can always find me here. :-)  While you're in a clicking mood, follow @RaveReviewsBookClub on Twitter as well.  They are AMAZING!!!

The One Discovered (Book 1) 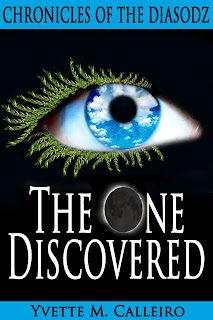 How do you choose when both options have dire consequences?

Sofia is a 17 year old who is quite content with her life. She has a caring boyfriend who also just happens to be her best friend since birth. She has a loving mother. She is successfully completing her last year of high school and enjoys her part-time job. She can’t imagine wanting more from her life…until Ar’ch (pronounced Ar-rick) enters her dreams, sparking a burning flame inside of her that she can’t seem to extinguish nor does she want to. Ar’ch is a Diasodz (Die-ah-sodz), a species created by the Goddess back when God created humans. Diasodz were made to heal and protect humans, but when the Diasodz turned their backs on helping humans and left Earth to live in their own world, the Goddess abandoned them. Since then, their powers and their very lives have been fading. A prophecy foretold that a young girl born on Earth would be the Diasodz’s savior. Ar’ch and his brother, Angel, travel to Earth to retrieve her and bring her back to their world before her death day in order to save their kind. Ar’ch knows the drill: find the target, capture her, and safely bring her home. But what happens when the target captures his dormant heart?

Choices create action. Actions have consequences. When faced with the truth, what choice will Sofia make? Will she be able to accept the consequences that follow?

The One Enlightened (Book 2) 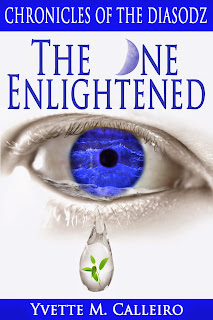 ***Warning!!! Do not read the following book blurb unless you have already read The One Discovered.  Otherwise, you will ruin a few things.  Don't say I didn't warn you!!!*** :-P

Sofia has lost everything that was important to her: her mother, her boyfriend, and her best friend. Even the belief that humans are the only beings in the world has been stripped away, but she has no time to dwell on her losses because she’s been transported to a new world to become the savior of the Diasodz. Sofia trusted Ar’ch and Angel to be there for her and to guide and protect her, but only Angel has held true to his word. Ar’ch has abandoned her, leaving her to feel tricked and betrayed.

Ar’ch brought Sofia home, fulfilling his mission to bring their savior safely to their world, but it didn’t come without a cost. Rafe, Sofia’s boyfriend, was killed, and Ar’ch believes Sofia blames him for it. Ar’ch’s sole focus becomes doing what is best for Sofia, and in his mind, that does not include him.

As Sofia deals with Ar’ch’s absence, she throws herself into learning about the Diasodz’s history. She grows stronger both emotionally and physically, and begins to accept her role in their world, but not everyone is convinced that she is the one whom the prophecy states will save them.

Beliefs will be challenged. Secrets will be revealed. Relationships will be shattered. And in the aftermath, evil will see its opportunity and strike. Will Sofia be able to handle it all? Or will the savior of the Diasodz lose her will to continue?

The One Betrayed (Book 3)

I am writing the LAST chapter of The One Betrayed this weekend!  As soon as I finished editing typos and whatnot, I will send it off to my beta readers.  I will then start working on the cover.  The goal is to release it somewhere between Thanksgiving and Christmas, so the winner of this blog who wins this e-book will need to be just a little patient with me. I promise it will be worth the wait. ;-)

Thank you for visiting my blog today! Don't forget to leave a comment below to have a chance to win some prizes. :-) And while your at it, why not visit some of the other amazing blogs from #RRBC's Book and Blog Block Party by clicking here.