All month long, I will be highlighting a RWISA author and one of his/her new works. RWISA is an international society of excellent writers, and I encourage you to get to know more about them. Today, I will be sharing "Thursday's Child" by Suzanne Burke. 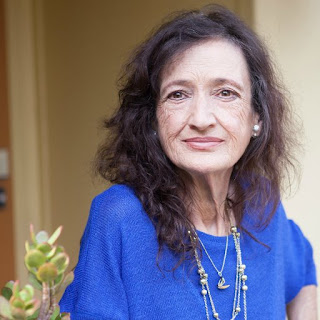 She hadn’t really intended this to happen. Oh, sure, she’d thought about it often enough, but thinking about something didn’t make it a crime. A convergence of circumstances had prompted her choice. Regret was such an outmoded commodity.

She checked her latex gloves fitted well, and flicked her dark eyed gaze across to where Peter Cameron lay, still and silent. “You brought this on yourself, Peter. Did you think me a complete fool?”

Carol moved across to the edge of the bed and stood over him. She reached down and flicked the blonde hair back from his forehead, then gently rested her hand there.

“You’re cold. Shall I fetch you a blanket?” Her laughter soothed her.

The man’s eyes were now open, and Carol revelled in the fear she witnessed in their blue depths. “Ah, there you are. How do you feel?” She laughed again. “Oh, silly me. You can’t feel anything. Can you? Such a handy little drug, and no taste I believe, especially in your malt whiskey.”

Peter Cameron’s blue eyes registered the words and Carol watched on as he commanded his brain to activate his fingers, his arms. He had no control of his voicebox. His brain refused to obey. He remained still.

“Oh, don’t fret so, darling. You’re not going to die … yet. The paralysis will last just long enough for my needs. It’s all in the timing. You need to helplessly contemplate what I may have in store for your immediate future.”

Carol walked away from him, and headed for the bar, whistling happily in anticipation. She placed his used glass and the bottle of Glenfiddich into her handbag, then poured a stiff belt of burbon into a paper cup, and seated herself comfortably on the sofa in the large living room and admired afresh the warm ambience of her surroundings.

“The best that all my money could buy.” Her voice brought her comfort.

She drained the cup and refilled it. When empty she crumpled it and placed it alongside the other items now concealed in the bag.

The wall clock reaffirmed that she had an hour remaining before company arrived. She nodded in satisfaction and rested.

With twenty minutes remaining she stood and checked on her captive one more time. “Not long now.”

A low groan came from the bed.

Carol gently stroked his cheek. “Are you terrified, my darling? Your eyes tell me you are. Good. That’s as it should be.”

Carol smiled in satisfaction and left the room, content to wait this out for a few minutes. At exactly 11.02p.m she heard the front door open and close again. A musical female voice called out, “Peter? Darling, where are you?”

Carol listened carefully from her dark space in the hallway. She held her breath as the woman came into view and she watched her enter the master-bedroom in search of her lover.

“Waiting in bed for me, darling? That’s different. I thought we were going to share a late supper.”

“He can be very disappointing. I agree.” Carol said from the doorway.

The woman jumped in fright and managed to say “Oh, my God. I’m not, that is, we aren’t, this isn’t.” She shut her mouth when her frightened eyes took note that her lover’s wife was standing in front of her wearing latex gloves and aiming a gun at her head.

“It isn’t what? An affair? Oh, please. Do you expect me to believe that you’ve come here to my home every second Thursday at 11.00p.m for 3 months to do something innocent?  Go ahead, enlighten me. I’m a reasonable woman. Convince me I don’t have a reason to hate you.”

“Please! I’m so sorry. It doesn’t mean anything.”

“Oh, no, Thursday’s Girl. It means everything. The others meant nothing to him, therefore I ignored them. Ah, but you, you’re different. Turn around, let me take a closer look at you.”

Carol walked across to the shaking woman and prodded her with Peter’s handgun. “I said turn around.”

“He does love a tight ass. Long legs too. That’s always a bonus.”

“I’ll end it and never see him again. I promise. I’m sorry, please. Let me go.” The woman was sobbing now.

“Don’t you want to know how I know your special?”

“Shut your stupid mouth and listen!” Carol barely controlled her anger and shoved the nozzle of the Glock into her rival’s chest.

She drew a deep calming breath and lowered the gun slightly. “I know, because he’s been happy. Happier than he’s been for many years. The only thing that’s different in his life since the advent of his peculiar behaviour is you!”

Carol fished inside the pocket of the coat she was wearing and drew out a small velvet box. “He brought you this little diamond trinket from Caliago. His jeweller of choice. It’s an engagement ring for you, Thursday’s Girl. The ring size is smaller than mine, and besides I only wear emeralds. My contact at the jewellers tells me it’s worth upwards of one million dollars. I do hope it’s insured. Give me your hand. Let’s try it on for size.”

The hand the woman held out was shaking. Carol nursed the gun, and held out the jewellery box. “Now place it on your finger. Don’t be stupid enough to flex your hand. Slide it on.”

The diamonds glistened as the ring slid into place perfectly.

“And lastly, should you think me presumptive, then don’t. You see our darling Peter visited our attorney to get the ball rolling for divorce proceedings. I can only wonder that he made such a stupid mistake. Our attorney was the one I recommended twenty-years ago. He earns every cent of the additional fees I pay him every month.”

Peter groaned again from the bed and his lover stood there watching on, too afraid to move.

Carol smiled. “How tragic love is. How very sad that you came here to end your relationship. Peter Cameron had never been denied anything in his life. He couldn’t take the rejection. He apparently decided that if he couldn’t have you, then nobody would.

The woman began to scream, and Carol laughed with pleasure. “Oh, yes, scream. Go right ahead! We do love living out here. There’s a righteous freedom in having no near neighbors.”

The woman was still sobbing as Carol sat next to Peter on the bed and shot her three times in the chest. She calmly watched as the body was flung backward by the impact and dropped to the floor.

Carol gazed down on her for long enough to see the faint hold on life vacate her eyes.

Carol checked the spandex gloves, satisfied that they’d worked as they should. She placed the weapon down for a moment as she removed the other things that she’d need from the bureau.

Peter’s arm felt like a dead weight as she wrapped the tourniquet around his upper bicep. The veins responded beautifully, and Carol inserted the syringe and watched in fascination as her husband’s body jerked several times. She watched him begin to foam at the mouth. She watched him die. “Heroin is so deadly, if you don’t get the dosage just right. I believe it’s referred to as a ‘hot shot’."

She placed the Glock in his right hand and checked to ensure the trajectory married up with the bullet’s impact on his dead companion. Carol squeezed his fingers closed around the weapon with his finger on the trigger, then let his arm drop and the gun lay loosely in the dead hand.

Carol stood back and admired her handiwork. Content now she hurried outside.
She ran to her car secreted behind a tall stand of trees and drove it into her driveway, behind the visitors Porche. She let the car idle and punched in 911 on her iPhone.

“Please! Help me. I need help! Please!” The voice was frantic.

“I’ll help you, Ma’am, but I need you to calm down. Please tell me what is happening.”

“I heard a woman screaming! Then I think there were gunshots! Now I can’t hear anything. Please! Please, I beg you, please hurry, I think my husband is inside. Should I go in? I have to help him!”

“Please give me your address.”

“Do NOT enter the dwelling. Police and Paramedics are on the way. Stay on the line with me. Are you close to the house?”

“I’m outside in the driveway.”

“In breaking news! The body of United States Senator Peter Cameron has been found at his home. A crime scene now exists. Early indications from our sources indicate that another body has been found at the scene. Murder/Suicide has not been ruled out.”

“Tragically it was the senator’s wife who made the grim discovery. She is reported to be resting under sedation. In deep shock as these events unfold. Police at this stage don’t believe that a third party was involved in the tragedy.”

Carol listened to the excited broadcaster and smiled.

Then she settled down in her pristine hospital bed and drifted off to a contented sleep.
#