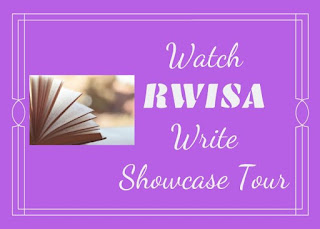 All month long, I will be highlighting a RWISA author and one of his/her new works. RWISA is an international society of excellent writers, and I encourage you to get to know more about them. Today, I will be sharing "Mirror, Mirror" by A.M. Manay. I am a huge fan of her work, especially of the characters she is sharing with you today. Enjoy! 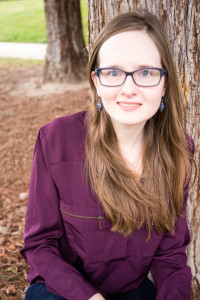 Set in the world of The Hexborn Chronicles

Shiloh stood in her teacher’s doorway, pulling anxiously on the end of a pink braid that had snuck out of her hood. Brother Edmun was in high dudgeon, ranting about insults and ingrates. A wooden crate sat upon the table, straw peeking through the slats. She could feel magic pouring out of it like waves of heat. It didn’t feel like dark magic, not exactly. But it didn’t feel like good magic, either.
“Master?” she ventured. “Would you like me to make your breakfast?” She didn’t bother to ask about the box. She knew that he would tell her if he wanted her to know, and in his own good time, not before.
Edmun looked at her as though she’d appeared out of thin air. He waved her off. “Don’t bother, poppet. I couldn’t eat.”
Shiloh’s eyes strayed to the crate, but she said nothing.
“Go finish your essay from yesterday,” Edmun barked.
Shiloh took her seat at her little desk. Her back now to the table, she could hear Brother Edmun unpacking the mysterious arrival. It was all she could do to resist the urge to peek when she heard the sound of a hammer. Edmun muttered under his breath, a constant patter of unintelligible complaints. At least, she heard him pull out a chair and collapse into the seat. She looked over her page one more time, searching for mistakes, before standing to present her work to her teacher.
He looked down at the offering in her little hand, her words marching neatly across the page. He took up his pen in one hand and her paper in the other. The glower slowly disappeared from his face as he read, leaving behind only weariness and a hint of satisfaction. At last, he nodded, putting down his pen unused, and Shiloh exhaled in relief.
“Well done. A princess at the Academy could not have done better at twice your age.”
“Thank you, master,” she said. Her smile lit up her eyes, which then strayed over Edmun’s shoulder to a mirror now hanging on the wall. The ornate frame looked out of place in the mountain cabin, all gilded leaves and lacquered flowers.
“Don’t look in it more than you can help it,” Edmun ordered, and she turned her gaze back to her teacher’s face.
“Yes, master,” she replied. “May I know why not?”
Edmun hesitated.
“I can feel that it’s magic, master.”
He snorted. “I’m sure you can.” She waited, hoping he would be more forthcoming but knowing well enough not to press him.
Edmun heaved a sigh. “A man can give you a gift out of love, to please you. Or he can send it as an insult, to remind you of errors and caution you against repeating them. This mirror is the latter.”
“What does it do?” she asked.
“That is none of your concern,” he replied. “And that is all I will tell you. Go get a wand from the cabinet.”
Shiloh’s face lit up. “We’re using wands today?”
Edmun looked at her from beneath his eyebrows. “Is there another reason I’d ask you to get one? Now, do it quickly, before I think better of it.”

The following evening, Shiloh picked up a clean rag and set about the dusting. Edmun was busy in the temple, preparing for the upcoming Feast of the Father. As soon as she was done in the house, she was to join him there. The red cabinet took most of her attention, as usual. The many books, wands, and magical curiosities inside had to be carefully wiped and replaced in their accustomed positions. It was tedious work, but she was pleased that Edmun trusted her with the task.
Her work on the cabinet finally completed, she turned to dust the mirror and gasped. The silver surface had turned to black. A face appeared, and not her own. Shiloh took a step backward.
A man cocked his head to the side, a slow smile spreading across his face. He opened his mouth as if to speak, but Shiloh did not wait to hear the words. She ran, her head scarf flying behind her all the way to the temple doors. She threw them open.
“What?” Edmun demanded, looking up from the altar.
“The mirror,” she panted. “It turned black, and there was a man.”
Edmun crossed the floor and took her by the shoulders. “What did he see? What did you say?”
“Nothing! I ran as soon as I saw him. I was only finishing up the dusting. Who was he?”
Edmun ran a hand over his mouth and chin and took a deep breath. “The most dangerous man in the kingdom. Silas Hatch.”
“The Hatchet?” Shiloh shivered. “The king’s spymaster? Why would he appear in your mirror?”
“Who do you think sent it? Hatch likely meant to speak with me, to threaten me. The king hates and fears me for reasons you well know.” His brows drew inward. “He gave you a right scare, didn’t he, poppet?”
Shiloh nodded. Edmun knelt to look her in the eye. “Now, if I were a kind man, I’d tell you that you need not fear him. But I’m not, so I’ll tell you the truth. You should be terrified of him. If you ever give him reason to believe you are disloyal to the crown, he will slit your throat with his own hands.”
“Why would I ever be disloyal to the crown?”
Edmun placed a hand on her head. “Good girl. Now, put that man out of your mind and help me ready the temple for tomorrow.”
Shiloh nodded, yet the ice of fear in her stomach remained.
As did the look of worry on her beloved teacher’s face.

Shiloh sat on her bed in the loft above her father’s smithy. Upon her blanket lay an array of charms she’d just made, for protection against all manner of hexes or ill-wishing.
The look upon the mirror man’s face had chilled her to the bone—something about the smile. It had been predatory. Proprietary. Wary. It had given her the distinct impression that the man’s interest lay not only in her master but in herself as well. I will not leave my teacher unprotected.
She pinned one charm on the linen beneath her tunic. The others she gathered into an old handkerchief. She tied it tight and placed the bundle in her pocket along with a jar of paste.
She knew Edmun would already be in the temple performing his ablutions for the feast day. She let herself into his house and crossed warily to the mirror. She exhaled with relief to find it clad in its ordinary silver.
Carefully, she lifted the mirror off of its nail and turned it face down upon the table. She held the pot of glue in the crook of her elbow and pried it open, then affixed seven charms to the back of the Hatchet’s “gift” to her master, one for each of the Lords of Heaven. She returned the mirror to its proper place and hurried to the temple before Edmun could scold her for tardiness.

At dusk, Edmun sat his tired bones into his favorite chair and looked balefully at the mirror. Given the visitation to Shiloh the night before, Edmun expected to see Silas Hatch’s face, yet as the pink light of sunset faded, the man did not appear.
“Perhaps tomorrow,” Edmun murmured. “I had hoped to get it over with.” He looked up at the mirror and realized that it was just slightly askew. He stood and removed it from the wall. Turning it over, he found Shiloh’s handiwork.
Edmun smiled and shook his head. “My sweet, clever poppet. Too clever by half.” Sighing, he plucked the charms from the backing and set the mirror on the table, leaning against a water pitcher. Silas appeared in moments.
“Master Edmun, I feared you had forgotten the terms of our arrangement. There was to be no meddling with the mirror.”
Edmun swallowed heavily. “It was a momentary lapse,” he lied. “I thought better of it.”
Silas grinned. “You don’t have lapses. It was the girl, wasn’t it?”
Edmun said nothing.
Silas laughed. “It was. Ha! And what is she, only eight years old?”
Still, Edmun said nothing.
“She must love you as much as I did,” Hatch mused.
“What do you want?”
“Are you really teaching her mirror magic this young?” Hatch asked, brow raised.
Edmun closed his eyes and sighed. “Of course not. Evidently, I didn’t teach you your own well enough, as she defeated you with a handful of charms and some paste.”
The young man’s ears flushed. “Well, then,” he managed, “I shall have to redouble my efforts.”
“You do that. And Silas?”
“Yes?”


Edmun leaned in. “The next time you frighten that girl, it had best be after I’m cold in the ground.”


Thank you for supporting this member along the WATCH "RWISA" WRITE Showcase Tour today!  We ask that if you have enjoyed this member's writing, please visit his/her Author Page on the RWISA site, where you can find more of his/her writing, along with contact and social media links, if you've been turned into a fan.