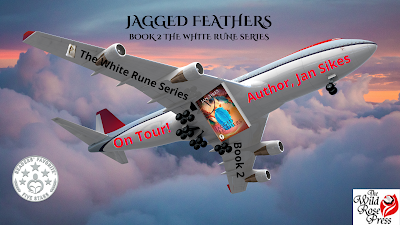 Hello, beautiful readers! Welcome to the last stop on the Jagged Feathers Blog Tour. Today, I'm excited to share with you the newest book from an incredible storyteller, Jan Sikes! I have read many of her stories and have loved them all, so I have no doubt you will fall in love with her newest book, Jagged Feathers. This is book two in the White Rune Series. You can find the first book here. I'll let Jan take over from here as she shares with you a little bit about Jagged Feathers. 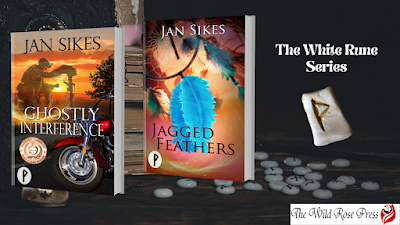 Thank you, Yvette, for inviting me to your blog site today to talk about my new book, JAGGED FEATHERS! I appreciate your generosity and support.

Besides having psychic abilities, Nakina Bird is also an empath. The dictionary says an empath is a person with the paranormal ability to apprehend the mental or emotional state of another individual. At the beginning of the book, Vann wants to take Nakina to the hospital because she is severely ill. But she objects vehemently without explanation. Later in the story, after being hit with a high-caliber bullet, she is hospitalized. Thankfully, she was wearing a bulletproof vest, or she would have died instantly. It is there she and Vann discuss why she avoids hospitals. I’ll let them tell you. 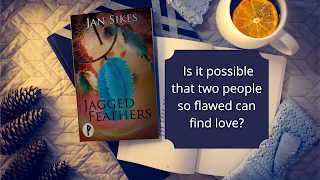 For many reasons, she (Nakina) hated hospitals. Not only did she deeply feel the agony, pain, and suffering of those inside, she vividly relived the horrific events that landed her there.

And she’d watched her parents not leave the hospital alive.

All those reasons were precisely why she’d objected so strongly to Vann’s insistence to take her to the hospital when he first found her in Cedar Springs.

Using every technique she knew, she tried to tune out the heaviness that surrounded her. Instead, she turned her focus to the positive.

Nakina closed her eyes. “Ever since I’ve been in here, I’ve felt all the pain, agony, and grief that these walls have witnessed. That was why I begged you not to take me to the hospital when you first found me.” She opened her eyes. “I can’t wait to leave.”

“I understand now. I didn’t then, but I do now.” Vann paused. “But you also have to admit that good things happen in hospitals, too. Like babies being born and diseases cured.”

She nodded. “Good point. I have to wonder why it is that I can only pick up on the bad things, not the good.”

“Who knows?” He stood and tucked the covers around her shoulders, then kissed a spot on her forehead that wasn’t bandaged. “Get some rest, sweetheart. No more talking for now.”

I found it interesting when Vann asked her why she could only feel the heaviness of those ill in the hospital but not the joys of those who get well or have babies. In studies conducted by psychologist John Cacioppo, participants were shown pictures of either positive, negative, or neutral images. The researchers then observed electrical activity in the brain. Negative images produced a much stronger response in the cerebral cortex than did positive or neutral images.

Some empaths will often go so far as to take on the physical pain of others. Have you ever experienced anything like this or know anyone who does? I’d love to talk about it and hear your theories. 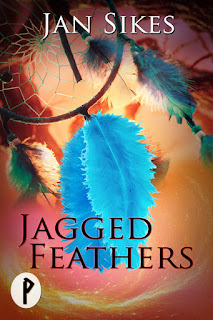 Vann Noble did his duty. He served his country and returned a shell of a man, wounded inside and out. With a missing limb and battling PTSD, he seeks healing in an isolated cabin outside a small Texas town with a stray dog that sees beyond his master's scars. If only the white rune's magic can bring a happily ever after to a man as broken as Vann.

On the run from hired killers and struggling to make sense of her unexplained deadly mission, Nakina Bird seeks refuge in Vann's cabin. She has secrets. Secrets that can get them all killed.

A ticking clock and long odds of living or dying, create jarring risks.

Will these two not only survive, but find an unexpected love along the way? Or, will evil forces win and destroy them both?