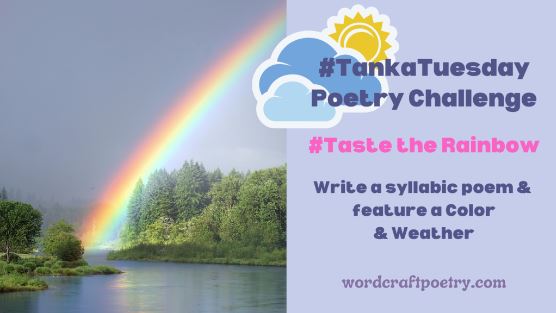 Hello, beautiful people! I'm back to writing poetry, and it feels so good! For this week's Tanka Tuesday Poetry Challenge, Colleen Chesebro encouraged us to write a poem not only about a color but also the weather. Since I've been away for a few weeks, I decided to write two poems based on pictures I took during my vacation. I hope you like them. 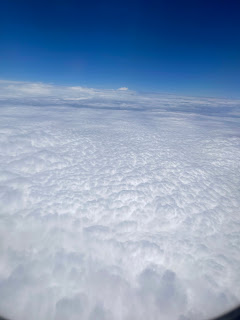 (photo from the airplane's window)

from beneath the clouds

the world appears dull and gray

but above the clouds

the sun shines brightly on us 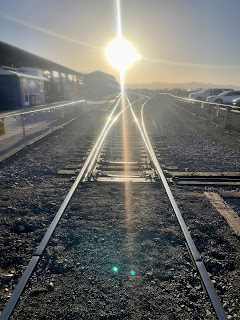 bakes the earth with his summer heat

suck it up, buttercup

The first poem is a Tanka. It was taken on our flight to Arizona. I thought about how beautiful the view was above the clouds and how those on the ground were probably looking up and wishing the clouds would just move away. Perspective is everything, isn't it?
The second picture is a Reverse Cinquain. This photo was taken was taken right before my son and I rode a semi-electric four-wheeled bike that had been fitted to the railway. Even though it was early in the morning, the temperature was already in the 90s. Luckily, once we started pedaling, the wind cooled us off. It was another moment where we just embraced life at its fullest and enjoyed the adventure.
To join in on the fun and write your own poem, click here!