Welcome to Day 2 of the RWISA “REVOLUTION” Blog Tour! We’d like to introduce you to an amazing RWISA member, Author, Joy Nwosu Lo-Bamijoko.  Take a peek at her writing below…

A Light In The Tunnel!

I don’t know about the rest of you, but my new year started on November 3, 2020, when Biden was pronounced the winner of the presidential election. I went to bed that night early because I needed to be alone in prayer for God to rid America of the worst four years of this country’s political life. I did not want to see the results trickling in, especially as the first results did not favor Biden.

This has always been my practice. Even when the team I’m rooting for is playing, I never watch the game. I would rather wait for the end of the game to know the results. The live game always gives me something near to a heart attack. This was why I didn’t wait up to watch the results of the election as they came in. I wanted to wake up in the morning to the news that Biden had won!

It was with great trepidation that I woke up the next morning, November 4, 2020, to find out who won.  First, I turned my Television to CNN, and saw Van Jones in tears. I didn’t know why he was in tears, but I joined him. In my head, I had concluded that anything that would cause Mr. Jones to cry could not be good. Slowly, it started to dawn on me that his tears, my tears, were tears of victory. Biden had won! Glory to God for He had answered my prayers! I forgot my aches and pains and did a jive! What a glorious day it was!

For me, Biden’s win opened up for people of goodwill, many positive possibilities. The first thing I felt was that the gloom which hovered over everything sane, the sense of despair that dogged the last administration’s tenure, the fear about where all the damaging rhetoric was taking us, and the danger of the divide, had all dissipated. I felt the sun shining again. My hopes for the future of this great country returned. I knew that all would be well again.

The funny thing about all this, is that while we were rejoicing here in America about Biden’s win, in Nigeria, some misguided individuals were carrying about banners of a Trump’s win. I couldn’t understand how the business of the American elections had become the business of Nigeria. Relatives from Nigeria started texting me to sympathize with me. A cousin from London texted to warn me about an impending war in America. I texted him back asking him where he would want me to run to. The cousin humorously replied, from frying pan to fire! That’s a Nigerian idiom meaning from bad to worse.

I remember that day very clearly. In fact, we were having a fun time on the RRBC chat forum when I turned on my Television and saw, in horror, Trump and his cohorts moving to the USA Capitol. Well, he promised to march with them, then he snuck away. I alerted the RRBC chat members who were still talking about everything mundane on WhatsApp. It was horrible! How could one man hold this country to ransom? Why was Trump trying to ruin my new year’s resolutions?

There is a saying that goes, our happiness is in our own hands. Then and there I decided that Trump or no Trump, this election was done. Biden won! God had spoken, and thanks be to God! The whole world, and I mean, the whole world was in jubilation!

Before Biden’s win, I prayed to God for him to win. After his win, I upgraded my prayer. This time, I prayed that the two outstanding seats in the Senate should go to the Democrats so that Biden would be able to do a good job for the country without being blocked by the Republicans. I still remember what they did to the Obama administration, so I prayed night and day for those two seats to go to the Democrats, and now that they have those seats, my prayers have changed again. I have started channeling my prayer for Biden’s safety and good health. I am sure he needs both. I’m sure you will all agree with me that he looks so frail every time we see him, and his voice sounds so tired when he speaks. May God sustain him!

This year is looking good already. I am able to write again. Last year was one of my worst writing years. I couldn’t write at all, and this had nothing to do with writer’s block. I could see my stories. Sometimes, I would jot somethings down, and then, that feeling of hopelessness … like the end was near, would overwhelm me. I would ask myself, why bother? Rather than write, I would sit and stare into space, and dream. Although I was not putting anything down on paper, I would rehash everything in my head.

With the country calmer now, my worries have started to melt away. I can now focus more and stay on course. I can’t believe that in just two days, I have written two blog posts. In short, I am back!

I am happy that Biden is on course, too. He is not allowing anything, to distract him. When the country is on course, we are all on course. I pray that God will help him to heal America and pull America back from the hole which the last administration had plunged it. America deserves better. We deserve better.

What Joy has to say about RWISA... 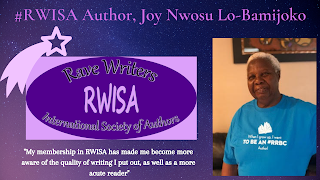 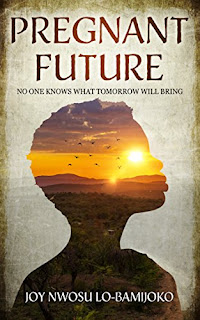 Now, we'd like to give you a chance at some of this awesome promotion for yourself!

Have you written that book or short story you want the whole world to know about? Are you looking for a great way to promote your creative endeavors? Perhaps you’re seeking to add some prestige to your body of work! If this sounds like you, we invite you to come on over to RAVEWRITERS – INT’L SOCIETY OF AUTHORS

At RWISA, we invite to membership only the very best writers the Indie community has to offer.

If your work is exemplary and speaks for itself, stop by the RWISA website today at RaveWriters.wordpress.com and find out how you can submit your sample of writing for consideration.

We’re an exclusive bunch but we’d love to have you join us!

NOTE:  If you’re looking to improve your writing while taking another route to membership into RWISA, while you’re at the site, visit RWISA UNIVERSITY!