Welcome to Day 5 of the "THROUGH THE NETHERGATE" Blog Tour! @RobertaEaton17 @4WillsPub #RRBC 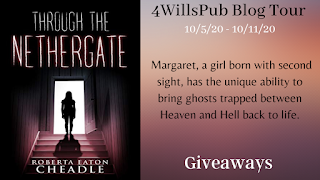 Welcome to Day 5 of the
"THROUGH THE NETHERGATE" Blog Tour!
@RobertaEaton17 @4WillsPub #RRBC.
GIVEAWAY:  (3 winners)
(1) e-book copy of "NIGHTMARELAND"
(1) e-book copy of "THROUGH THE NETHERGATE"
(1) $25 Amazon gift card.
Hello, amazing readers! Today, I am honored to share my space with fellow #RRBC author, Robbie Eaton Cheadle. She is on tour right now to share her book, Through the Nethergate. By leaving a comment below, you have the opportunity to win one of the above-mentioned prizes. So, let's get started! 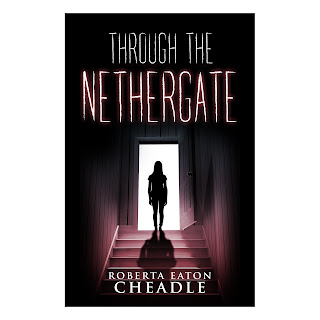 Who was Tom Hardy?

Tom Hardy is one of the evil ghosts from Through theNethergate. He was a highwayman and is believed to have used the Bungay Inn as his headquarters when he was perpetrating crimes in Suffolk.

It is believed that he many have been an accomplice to, or an associate of, Britain’s most notorious highwayman, Dick Turpin.

Like Dick Turpin, Tom Hardy was eventually caught, convicted, and hanged for his crimes.

As a regular customer of the Bungay Inn, he returned to haunt this site and has been seen by a number of visitors in his eighteenth-century clothing and tricorn hat.

Here is an extract from Through theNethergate:

Margaret attempted to nod beneath the weight of his hand over her mouth. He withdrew his hand slowly and reached downwards. When his hands came back into her sight, they each held a pistol.

His figures were bruised and bleeding and the nails were half torn off.

“I’ll shoot them with these babies if you scream.” He stroked the pair lovingly.

“Ah, Margaret,” the roguish figure croaked. “You have been causing turmoil in my Master’s Inn, my old headquarters, the place where I plotted my crimes. A bad idea, Margaret, a very bad idea to cross Tom Hardy and Dick Turpin.”

Margaret continued to stare at him, transfixed, her hands laying limply on the top of the bedcovers.

“My Master is unhappy, Margaret,” said Tom. “Your powers are unsettling his servants, making them go against his wishes.”

“What have I done? I haven’t seen any servants. I don’t have any powers.”

“Ah, but you do. Your psychic abilities are attracting his servants to the Inn. They are gathering and making plans to use you to escape their fate of eternal servitude. I know they have made contact with you. I have seen them speaking to you.”

Tom gave her a vicious smile that froze her blood.

He must mean the ghosts. Who is his Master? Hugh Bigod? How are the ghosts his servants?

“I am here to take care of you. I will make sure that those who turned away from the White Light and chose to follow him honour their agreements.”

Margaret lunged off the bed and tried to dive past the hostile figure.

Tom grabbed her around her neck, sinking his massive fingers into her tender flesh. As he squeezed he lifted her and slammed her entire body into the floor … Thump … Thump … Thump.” 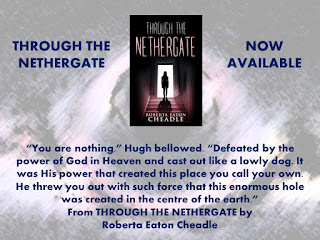 Margaret, a girl born with second sight, has the unique ability to bring ghosts trapped between Heaven and Hell back to life. When her parents die suddenly, she goes to live with her beloved grandfather, but the cellar of her grandfather’s ancient inn is haunted by an evil spirit of its own. In the town of Bungay, a black dog wanders the streets, enslaving the ghosts of those who have died unnatural deaths. When Margaret arrives, these phantoms congregate at the inn, hoping she can free them from the clutches of Hugh Bigod, the 12th century ghost who has drawn them away from Heaven’s White Light in his canine guise. With the help of her grandfather and the spirits she has befriended, Margaret sets out to defeat Hugh Bigod, only to discover he wants to use her for his own ends – to take over Hell itself. 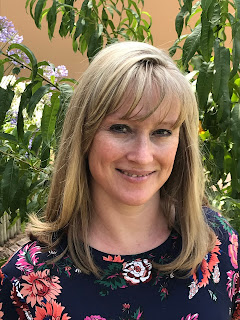 Hello, my name is Robbie, short for Roberta. I am an author with seven published children’s picture books in the Sir Chocolate books series for children aged 2 to 9 years old (co-authored with my son, Michael Cheadle), one published middle grade book in the Silly Willy series and one published preteen/young adult fictionalised biography about my mother’s life as a young girl growing up in an English town in Suffolk during World War II called While the Bombs Fell (co-authored with my mother, Elsie Hancy Eaton). All of my children’s book are written under Robbie Cheadle and are published by TSL Publications.

I have recently branched into adult and young adult horror and supernatural writing and, in order to clearly differential my children’s books from my adult writing, I plan to publish these books under Roberta Eaton Cheadle. My first supernatural book published in that name, Through the Nethergate, is now available.

I have participated in a number of anthologies:

Three short stories in Death Among Us, an anthology of murder mystery stories, edited by Stephen Bentley;

Two short stories in Whispers of the Past, an anthology of paranormal stories, edited by Kaye Lynne Booth; and

https://www.amazon.com/Robbie-Cheadle/e/B01N9J62GQ
To follow along with the rest of the tour, please visit the author's tour page on the 4WillsPublishing site. If you'd like to schedule your own blog tour and have your book promoted in similar grand fashion, please click HERE. Thanks for supporting this author and her work!