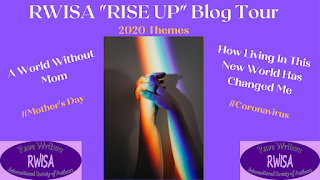 Welcome to Day 10 of the 2020 RWISA "RISE-UP" Blog Tour! Each day, I will be featuring an amazing RWISA author and a piece he/she has written to focus on one of our two themes: A World Without Mom and/or How Living in This New World Has Change Me.  Today's author is Maura Beth Brennan! :-) 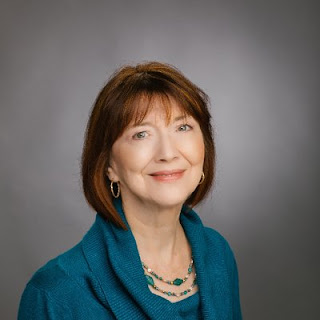 I miss my Mom’s quirks. Her superstitions, for instance.
“Don’t you dare put your shoes on that table,” she would say. She wasn’t talking about putting shoe-clad feet on the coffee table. She didn’t want anyone putting a shoebox containing new shoes on a table—any table. Such an action could have dire consequences. That box must be placed on the floor. Period.
No one in our house would have dared leave a wet umbrella open to dry inside the house. That would have, according to Mom, invited disaster. And if you left the house by the front door, you had better return that way. If not, who knew what tragedy might befall you?
Now, when I walk my dog through the woods and take a shortcut home, I double around the house to reenter through the same door. I can still hear her voice, warning me. I leave that dripping umbrella on the porch. I place that shoebox on the floor. Because my mother—she’s a deep, tenacious part of me.
I miss so many things about her—her funny remarks, her kindnesses, her soft voice. I say things to my daughter and think, there is my mother talking. She blurted the funniest things sometimes, and Dad, my brothers, and I sometimes teased her about it. One source of our amusement was her habit of mixing up common clichés. “Sit down, let’s chew the breeze,” my mom would say. Or, “It’s six of one, a dozen of the other.” When we’d laugh, she’d look confused until she realized what she had said. Then, she’d laugh along. She was the inspiration for the mother in two of my short stories, where the mother’s sayings always came out wrong.
I miss having Mom to lean on. One difficult year, I had to take a leave of absence from work. A new house, a demanding job, a young daughter, night school to earn a degree—it was suddenly all too much for me, and I couldn’t seem to stop crying. One morning, as I sat feeling sorry for myself, I heard a knock at my door. There was Mom, smiling, bearing homemade muffins for us to share. She settled me at the kitchen table. “Now, don’t you cry anymore,” she said. “It will all work out.” She made me a cup of tea and brought it to me. “This is nice,” she said. “Isn’t it? Just us girls.”
What I would give to have a cup of tea with her now. To let her know how much that meant to me.
Mom was a shy and quiet woman, but she had courage and a steely spine when it came to her family. Her courage showed when, during World War II, she packed a suitcase and took her baby daughter (me) three-thousand miles across the country, by train and bus, to be with my father while he was stationed on the west coast. She stayed there, making a home for us until the war was over.
She showed that courage when she won her first battle with cancer. She never told either of my recently married brothers how ill she was, not wanting to worry them. She told them she had “a little procedure.” When her health returned, it was as if it never happened. She never spoke of it.
But cancer struck again, a different one this time, more deadly.
And this is the memory that breaks my heart. She was in the hospital after exploratory surgery and a terrible prognosis. I went to visit, pulling my chair close to her bed to hear her quiet voice. Her eyes stretched wide and she grasped my hand in hers.
“I’m so scared,” she said.
She died nine months later. That January, the doctors had “given” her three months to live. But she was determined to live until her fortieth wedding anniversary on September 20th.
The afternoon she died, my father, my brothers and I were gathered around her bedside. She asked my father, “Bud, is today our anniversary?” She was suffering and my father couldn’t bear to watch it go on. It was September 19th, a day too early.
He pulled her close and embraced her for the last time. He knew what he had to do.
“Yes, sweetheart,” he said. “It is.”