Hello, beautiful readers! Today, I am excited to share my space with author Heather M Kindt. She is the talented author of The Eternal Artifacts series and The Weaver Trilogy. Today, she is revealing the book cover to the first book in her newest series, The Vradian Academy. It's called The Siren's Song. Here it is! 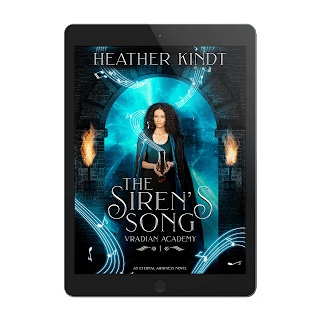 It's absolutely stunning! Here is the book blurb:

The shadowy folds of Mo capture both souls and secrets.

Catron’s father intended to scare her with his words. After all, her mother traveled far from home, losing herself to both the shadows and her wayward spirit. But instead of heeding his warning, Catron longs for more than her life as a glass blower’s apprentice. When Dawkin, a member of the King of Mo’s illustrious guard, offers her a place at the Vradian Academy, she willingly accepts.

Fivlon would rather gouge both of his eyes out with an iron stick than attend the Vradian Academy. Messing around with his friends is a lot more fun than attending school with a bunch of stuck-up future leaders. Following in his father’s footsteps as the head of Ferox isn’t a priority. Until one of his friends disappears.

Now at school, Catron and Fivlon face a much larger task than their ethics homework. As students and staff disappear from the academy, they must figure out who is behind it before they become the next victims. 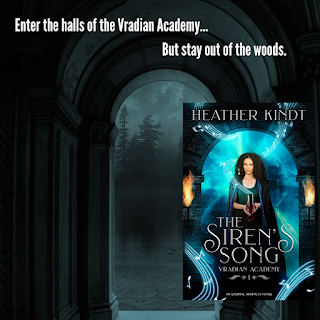