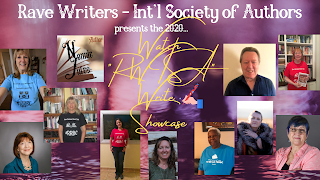 Today is the ninth day of the phenomenal Watch "RWISA" Write Showcase Tour! Each day for the next ten days, you will be introduced to an incredible author and a new writing piece. Join me in welcoming Wendy Scott today! :-) 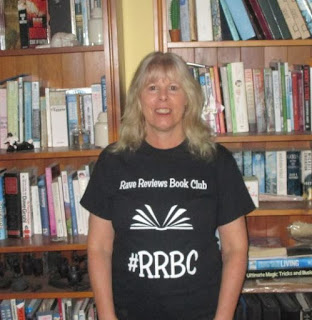 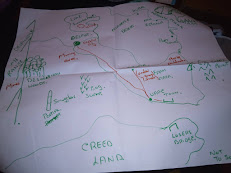 The Crystal Tavern by Wendy Scott

This piece is in remembrance of my Creative Writing student, Gill Pontin, who suddenly passed away in October 2020. Gill was an artistic dynamo whose enthusiasm, creativity and laughter will be dearly missed. She was a key participant when our group developed a new world, Creedland, and this story is set in Vape Town. 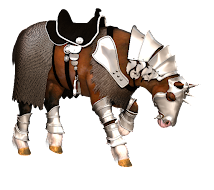 "Whoa, boy." Blade Driscoll tugged on the reins and pulled his destrier to a halt. He surveyed the outskirts of Vape Town, unsurprised by the ramshackle buildings and pock-marked roads. The air reeked of burnt sugar and the back of Blade's throat tingled. Between his thighs, Stormbolt shifted, wrinkling his equine nose and shaking his head from side to side. The horse's plated armour clinked together destroying any attempt at stealth. Blade nudged his mount towards the main street, the sooner he finished his business in this cesspit the better for his sanity.

Pink-eyed townsfolk slunk away from the war horse's hoof spikes. Pastel smoke billowed from a series of chimney stacks and led him to the front steps of the Crystal Tavern. Scantily clad fairies with tattered wings slouched against the verandah railings. Out of habit, Blade scanned their faces but didn't recognise any familiar features. He didn't waste his breath asking after his friend as their vacant stares and pink-tinted irises indicated their minds were lost in a kaleidoscopic haze.

Crystal Pink was manufactured from bog flowers and utterly irresistible to fairies. Its euphoric buzz leached away their magic, attacked the delicate blood vessels in their wings, rendering them flightless, before their bodies swelled to human size. The only way to gain their fix was to enslave themselves to Gurezil Flintsunder, owner of the Crystal Tavern, the unofficial mayor of Vape Town, and the largest whore-master this side of the Despicables. Lowlifes flocked from every dark corner of Creedland to sample the unique fairy delights.

Blade dismounted and left Stormbolt's reins dangling, ready for a speedy exit. Anyone foolhardy enough to try to steal the stallion would learn how hard the war horse could bite.

Blade checked his weapon inventory. If blood flowed today, he didn't intend any of it to be his.

Before the saloon doors swung shut behind him Blade tugged a bandanna over his mouth and nose. Steam laced with cotton candy sweetness curled through the dimness. Chunks of crystals simmered in heated ceramic bowls, producing bubbles and sickly fumes. Each table featured glass paraphernalia plugged with multiple hoses. Tendrils of pink smoke escaped from the pipe tips.

Pain pulsed in Blade's forehead and his eyes watered. He sipped shallow breaths as he scanned the front parlour, counting four patrons slumped in the booths. Their hands grasped the tubes as if they were lifelines. Fools; it was death they courted.

A month ago, he'd rescued Maie Quickthistle from Gurezil's clutches, sneaking her away while the tavern slumbered. When she'd surfaced from the drug's grip she'd attacked him like a demented harpy, begging for her next fix. He responded by locking her inside a rented room, but she'd broken out the window and hightailed it back to the Crystal Tavern. After that failure, he decided to change his tactics.

A bartender slumped across the bar and ignored Blade as he slid into an empty booth and shuffled into the shadows. From here he had an unobstructed view of Gurezil's office door and a ringside seat to the drama he knew was about to unfold. The next bog flower shipment was due within the hour, and he wanted to witness Gurezil Flintsunder's reaction when he learned his entire crop had been destroyed. The poison had cost Blade his life's savings but the wizard assured him that this would taint the bog for generations. With one application he'd wiped out the only source of Crystal Pink.

Half an hour later, boots thundered along the passageway and a man hammered his fists on the office door. "Boss, there's a problem with the latest shipment."

Gurezil flung the door open and stomped into the hallway. "If those imbeciles have stolen as much as one flower I'll strip the flesh from their hides and feed it to the fairies."

"There are no flowers." The man held out a limp vine. "Something’s wrong with the whole patch."

Gurezil snatched the vegetation out of the man's hand, lifted it above his nose, and sniffed it. The blood vessels on his cheeks blazed beetroot. "Stinks of spoiled magic. There's no time to waste, saddle up the horses and the wagons, we need to salvage what's left."

Blade stayed in the shadows until they disappeared outside. Whistling, he ascended the stairs two at a time before gently opening every door along the top corridor. A rush of stale air tainted with the drug's signature sweetness filtered into the passage. Fairies dozed on bunks, oblivious to his presence as their minds languished in a hypnotic blur. He didn't desire to be anywhere near Vape Town when their mass withdrawal kicked in. Dealing with one psychotic fairy was enough to test a man’s mettle.

He counted his blessing when he found Maie Quickthistle out cold, making it easier to transfer her onto Stormbolt's saddle. As a precaution, he bound her hands together and checked her pockets for hidden daggers. Earlier, he'd prepared a campsite in the surrounding woods as he understood the next two days were going to be tough on the both of them.

If he'd known how sharp fairy teeth were he might have reconsidered this rescue plan. Bloody bite marks and grazes marred his forearm and face, and he was sure he was missing a piece of his ear. His ears throbbed from Maie's constant shrieking, and he hoped she'd have no memory of all the things she'd offered him in exchange for a fix.

After a sleepless 48 hours, his eyes were redder than an addict's and his thoughts foggy. Maie's limbs contorted into a fetal knot and whimpers escaped her throat. She was quieter than earlier, but he kept his distance as she'd lured him into striking range before. He yawned and struggled to keep awake. Perhaps he'd snatch a moment's rest.

Something fluttered against his cheek and Blade wrenched his eyes open. Tiny fairy wings whirred close to his face. He held still as Maie planted a kiss on the tip of his nose. "You saved me."

Lightness flooded Blade's soul. "Of course, that's what friends do."

Thank you for supporting this member along the WATCH "RWISA" WRITE Showcase Tour today!  We ask that if you have enjoyed this member's writing, please visit their Author Profile on the RWISA site, where you can find more of their writing, along with their contact and social media links, if they've turned you into a fan.We ask that you also check out their books in the RWISA catalog.  Thanks, again, for your support and we hope that you will follow along each day of this amazing tour of talent by visiting the tour home page!  Don't forget to click the link below to learn more about today's profiled author:
Wendy Scott's RWISA Author Profile
Posted by Yvette M Calleiro at 7:11 AM